Back to: Board Games 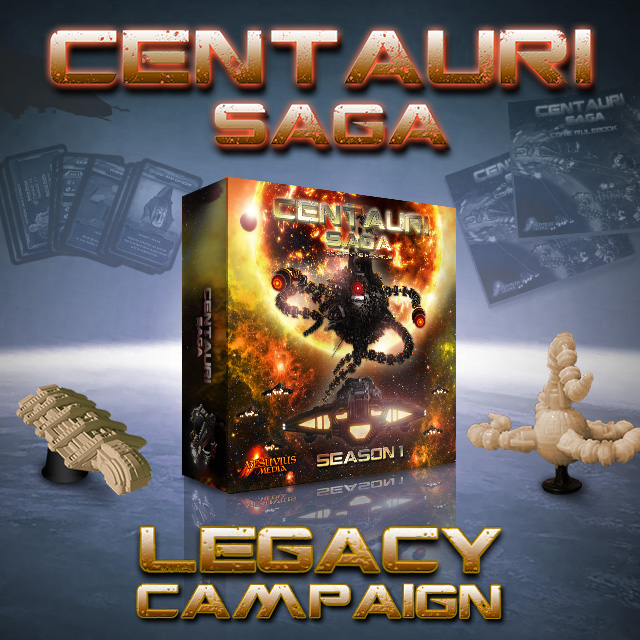 If you have the v1.0 Edition of the Core Game, then you will need to notify us so that we can find you an v1.5 Upgrade Pack and include in your order. This upgrade pack was given for free during our Kickstarter Campaign to all backers of the Centauri Saga: Abandoned expansion. For as long as we have copies we will keep providing it for free.

In a future where the Solar System is ruled by a tyrannical government, a band of outcasts escapes to a star system light years away. There they discover an ancient human colony with a dark secret that threatens to destroy the Earth itself. You are all that stands between the Earth that abandoned you and it’s total destruction.

Take command of a ragtag space fleet and fight to save the Earth with nothing but a handful of outcasts and your ingenuity. Build, explore, and fight as you try to survive long enough to warn the Earth of the coming menace.

What is a Legacy Game?

From BGG: "Legacy games are board games that change over time based on the outcome of each game and the various choices made by players. Players will often make physical changes to the board game by marking the board/cards and placing stickers over the board as well as often destroy components. The changes made in a Legacy game are always permanent, so what is done can not be undone."

“The main asset of the a Legacy game is the story. You need to have a world where everything is happening, and then create a base story with various smaller scenario arcs which, when combined, take you through a really good adventure. We are fortunate to have based this game on the digital game Universe-Online, which has a very elaborate sci-fi lore.”

“The next step was a no-brainer, we hired a professional story writer to help us out. We gave him the existing lore, guidelines on how the story should go, and we let him work his magic.”

“Our main advantage while designing the Legacy campaign was the existence of the core game. Given its nature, and the ability to support various scenarios with completely different gameplay, we already had a very good foundation for our Legacy game. By incorporating all the comments from the community after the initial release of the project and by making certain changes to mitigate the luck factor. We removed most of the difficult balancing problems we had and ended up with a stable mechanism."

“So, the Legacy campaign uses all the core mechanics, and spices them up each session with specific variations, similar to what scenarios do. During each session, you will read an introductory story that will set the stage, and then you will be given specific instructions and rules that will set the gameplay and objectives. Sometimes there is only one objective, sometimes there will be sub-plots too.”

“When playing a Legacy game, you are expected to perform certain permanent actions that modify the components of the game in such a way that you can not go back. Our game requires 8 successful sessions for you to finish the storyline. To make sure that you have at least two tries for each session, we have limited the Legacy actions at the beginning < during the Setup Phase> and the end of each session < during the Resolution Phase>. This makes each session replayable on its own.”

“For example, you may open a box at the beginning of a session, which will add new components, and you may use components and mechanics at the end of each session to save your progress and apply permanent changes. Because you will be using components from the core game, all permanent changes have been designed to affect only the Legacy components. In case we need you to apply a permanent change to an existing core component, we will be giving you a duplicate of that component.”

“Just like the scenarios, each session might have a completely different gameplay than the previous one. Each secret package may add any combination of cards, tokens, hexagons, stickers and of course miniatures to the game. When you finish the Legacy campaign you will also gain access to two scenarios that you can play over and over again using those revealed components and miniatures.”

“Each session is playable by 1 to 4 players. You can play one session with 4 players and the next with 2 or whatever combination you like. The game scales automatically without any issues, and it takes 60 to 90 minutes, depending on the number of players.” 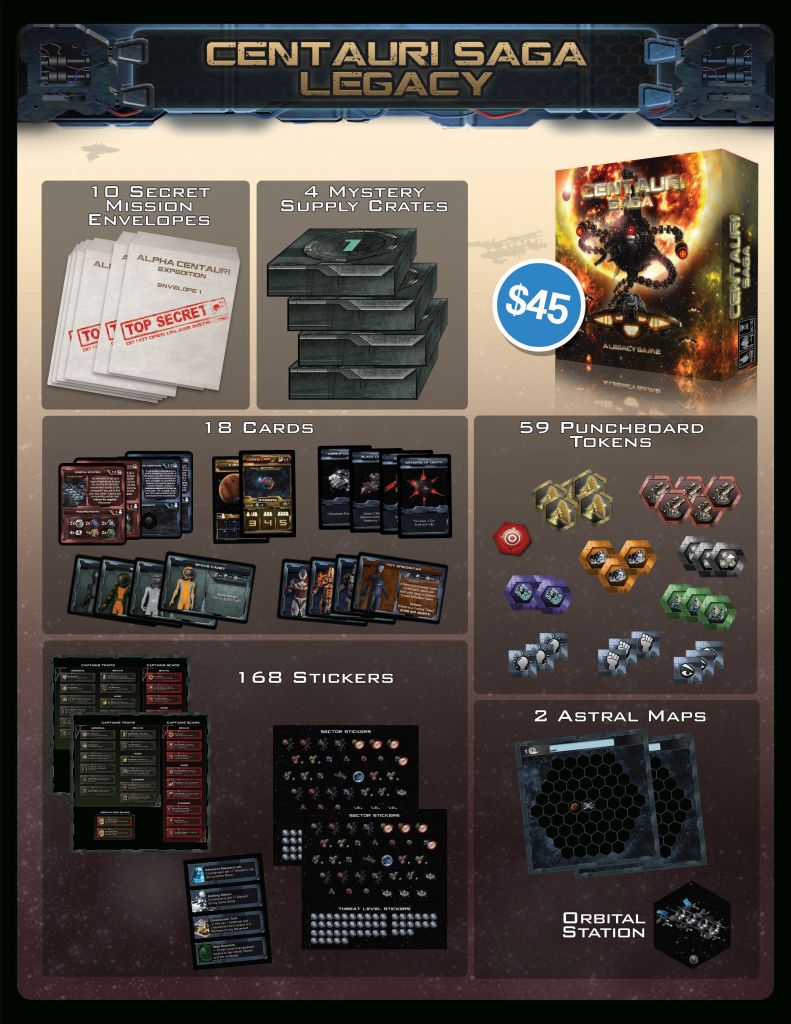