Fight the evil genius, Dr. Spotnik, with your monster squad in this epic city destroying game 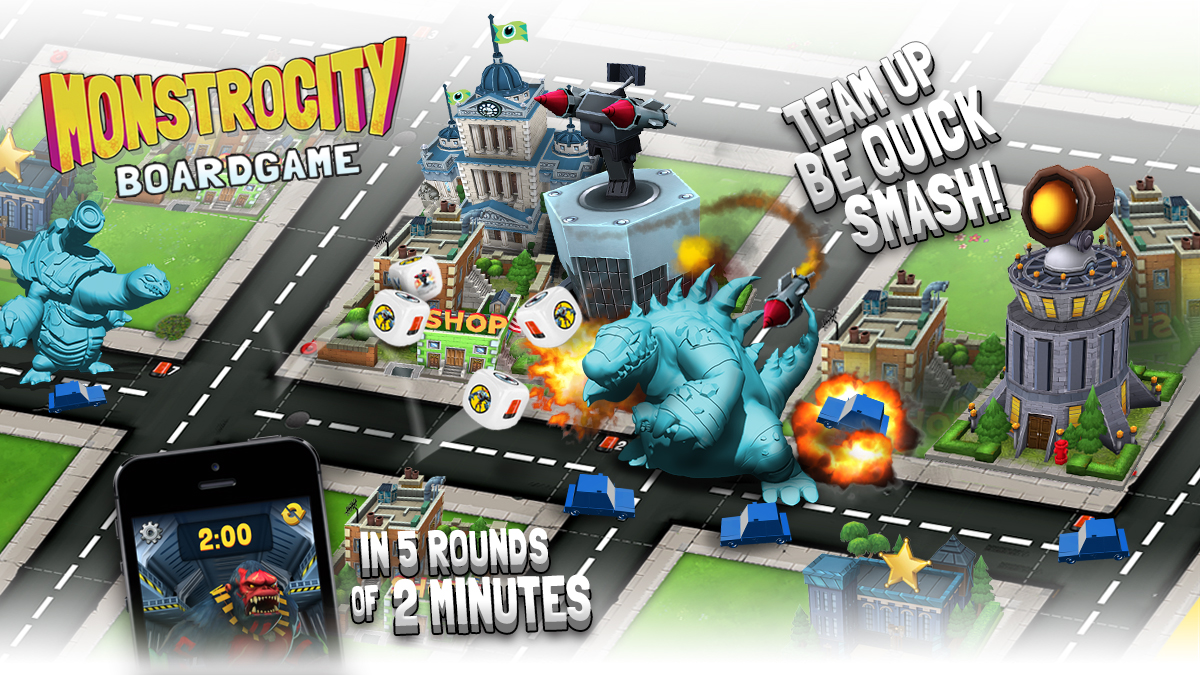 Designed by Constantine Kevorque (Centauri Saga, Centauri Saga: Abandoned), MonstroCity is a cooperative, action, real-time, strategy boardgame where players control a squad of giant monsters in an attempt to smash Dr. Spotnik's secret base and foil his plans to conquer the world. Each monster has unique abilities that support its own strategy for asymmetric game play.

“When it was released, MonstroCity: Rampage! was featured in the Best New Game category in both the App Store and Google Play. The mobile game is action-packed, with amazing graphics,” said Konstantinos Manos (a.k.a Constantine Kevorque), C.E.O. of Vesuvius Media. “It's been a blast working with the Alpha Dog team and transforming their game from the screen to the table. The giant monsters make impressive miniatures!”

MonstroCity is played in a series of 5 rounds that last 2 minutes each. During the round, each player rolls 4 dice simultaneously and resolves them as fast as possible, activating their monsters' abilities.

“The boardgame keeps true to the mobile game in that it is definitely action-packed,” said Manos. “You keep moving your squad through the city, destroying buildings and defending against Dr. Spotnik's tanks, helicopters, and more. Depending on how well you perform, and whether you manage to reach certain milestones, you gather Victory Stars. You need all three Victory Stars for a complete and total victory!”

MonstroCity supports various modes of game play, including turn-based, where it becomes a more challenging puzzle-style game, and competition mode, where players divide into teams and compete against each other. The game plays in 20 to 30 minutes, with 1 to 4 players.

The MonstroCity Kickstarter campaign starts May 24 and will run for 3 weeks.