As the flowers blossom, empires will rise! 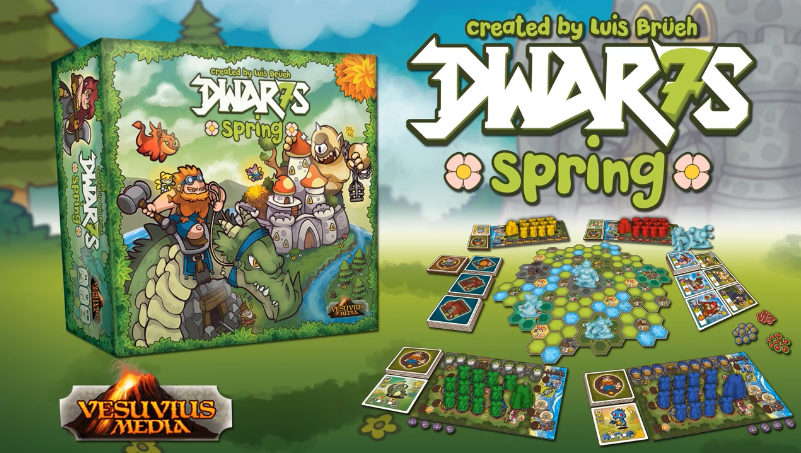 “In Dwar7s Fall, you built your kingdom and gathered food to prepare. In Dwar7s Winter, you battled the elements and fought monsters to survive. Now, you're trying to expand your empire across the lands with the help of dragons and faeries,” said Konstantinos Manos, CEO of Vesuvius Media. “It may feel like fall outside, but it's time for spring! Dwar7s Spring launches this week!”

Designed and illustrated by Luis Brueh, Dwar7s Spring is a deck and engine building game for 2 to 4 players. Players assemble an army of heroes to battle monsters in the wildlands as they strive to expand their settlements across the world. The playing time is approximately 25 minutes per player and the recommended age is 13+.

“Dwar7s Spring takes this series of games to a whole new level,” said Brueh. “We introduce a new game mechanic to the series and lots of new characters, like new monsters and magical faeries. I've had so much fun bringing these characters to life and creating the Dwar7s world.”

You are receiving this email because you signed up to learn more about Dwar7s Spring. To unsubscribe, please reply to this message with the word Unsubscribe in the Subject line.