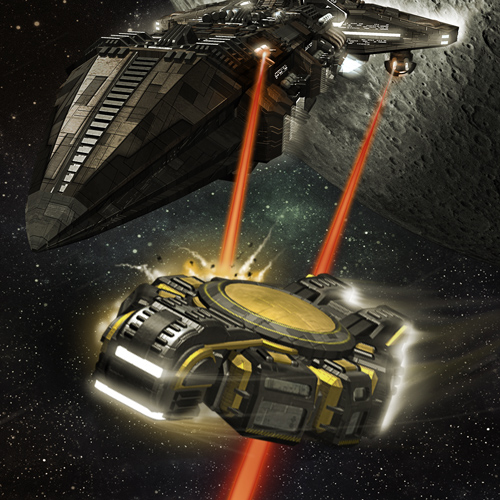 Commander Jack Norton loud curse echoed around the bridge. His specially modified turtle was very low on fuel, so its maneuverability was severely limited, especially this close to the lunar surface. His men worked frantically on their panels, knowing full well what awaited them should GSS Intrepid catch them.

Norton was running out of options. All power had been diverted to the aft shields, with whatever little left powering the engines. The star destroyer was so far using only a fraction of its firepower, presumably because they wanted to capture them alive.

"If the chase goes on for much longer", Norton thought, "they will stop hesitating."

Another loud bang echoed from the left side and the burning smell intensified. The actual damage didn't really matter at this point; deep down, Norton knew his craft was doomed.

"It had been a good run, though!" he told himself. "Ain't no angel myself, true, but at least we stung the bastards hard!"

2. Hanging in the Balance 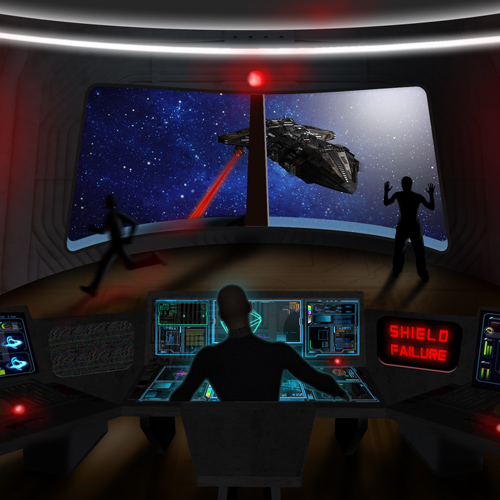 Commander Norton resisted the urge to wipe the sweat from his brow. A siren was buzzing in the background, but his immediate attention was focused on the GSS Intrepid filling the main screen. The GEG star destroyer was about to pulverize his vessel together with Norton and his crew.

"Main aft shields gone, commander! Secondary takin' a heavy pounding, they may fail at any moment!"

"Divert all power to the secondary shields! Now!" said Norton, in as firm and calm a voice as he could.

His hand caressed the safety of the self-destruct switch. Should he go out on a blaze of glory? With a bit of luck he might even take the Intrepid with him! That would erase all his past deeds; the half-smuggler, half-pirate would be remembered as a hero.

"How much in the aft shield?" 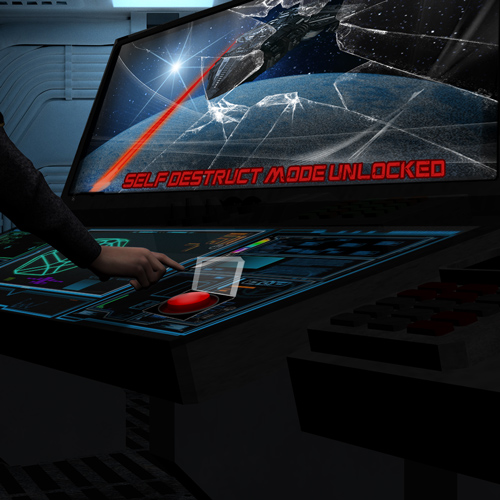 Commander Norton took a deep breath. A GEG star destroyer was chasing him above the lunar surface but he wouldn't let them catch him. At any cost.

"Johnson, calculate a quick trajectory reversal and target the Intrepid. Martin, prepare to switch all remaining power, including life support, to the front shields!"

Johnson and Martin briefly locked eyes with their commander. They understood.

"Yes Sir!" they echoed in unison.

Norton unlocked the self-destruct initiator. He thought of Silvia, the only woman he had ever loved. As he recalled her last words before their separation, the world grew hazy.

"There should be another way!"

He could almost feel her shaking his arm.

Norton came out of his reverie. He wasn't saying his farewells to Silvia, he was on his bridge with GSS Intrepid about to pulverize him - and Max "Lightning" Russel, his navigator, was shaking his arm. Norton blinked. 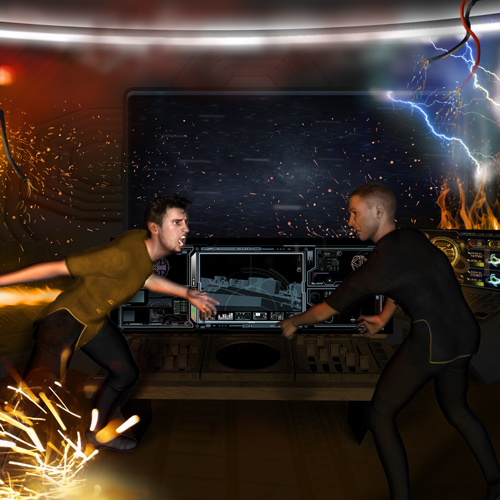 Commander Norton shook his head and looked up to his navigator. Max "Lightning" Russel was shaking his arm.

"Commander, there should be another way! We're heading to the Sikorsky crater."

Amid the cacophony of distant explosions by his protesting vessel, Norton was instantly on his feet.

Max pointed at his monitor.

"That's Chamberlin on the far left and Sikorsky is straight ahead."

Another explosion almost shook them off their feet. Norton ignored it and pointed at the image.

"Yep, we take one to starboard and hide within Schrödinger!"

"Johnson, scrap that reversal! Hard to port and then quickly down into that valley!" 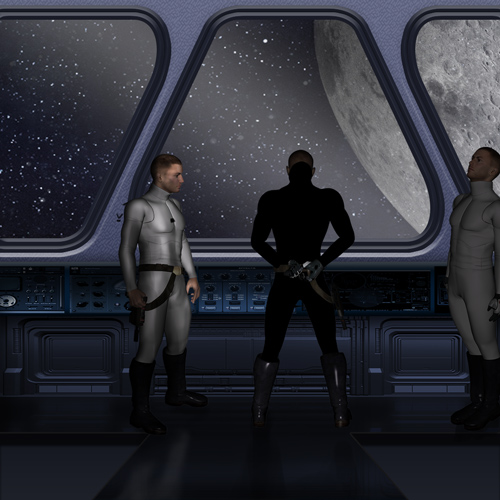 The lines around Admiral Taylor's mouth hardened. The grizzled veteran was fully aware of his vessel's awesome power - as well as its limitations. It was a risk chasing the damned pirate Jack Norton this close to the lunar surface but he had little choice, as his escort fleet was still engaged on the far side of Earth. Now his target had found refuge within the steep cracks of that rugged valley, where the Intrepid could not follow.

Taylor knew that the pirate would have by now switched off all but basic life support, so his energy footprint would be outside sensor scale. In other words, he would be impossible to locate.

"Should we bombard, sir?"

Taylor fixed his gaze on the dark trenches of Vallis Schrodinger. He clenched his fist, knowing it would be a waste of time.

"Negative. One day we'll catch him, but not today."