Vesuvius Media is located in Mi’kma’ki, the ancestral and unceded territory of the Mi’kmaq.
We are all Treaty people. 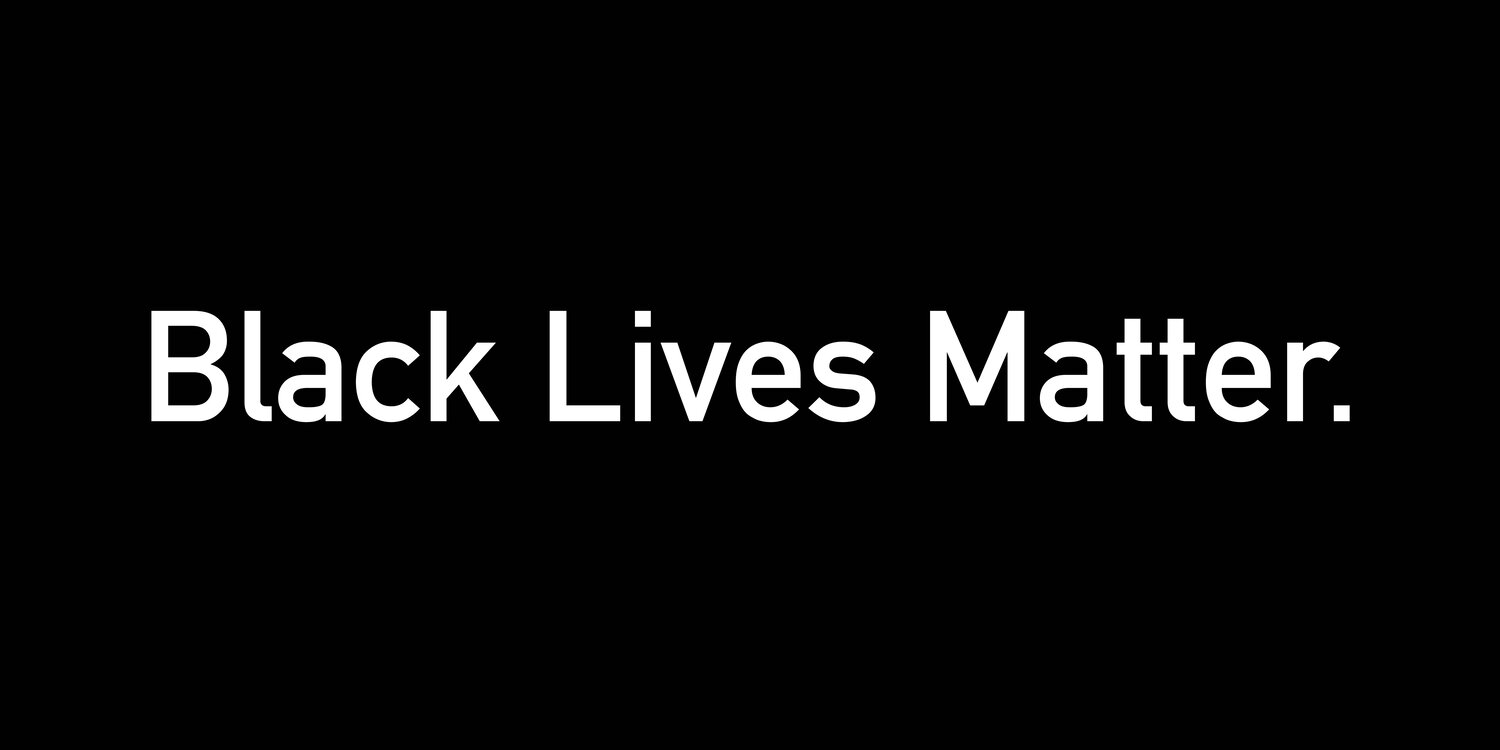 We pride ourselves on being a community-driven company. There is no place in our community, or any community, for racism and inequality.

We support all those who stand against racism and anti-blackness, police brutality, and systemic racial injustices.

We stand in solidarity with the Black Lives Matter movement and are committed to making our games more inclusive.

The following are a links to local organizations we believe in and support:

It was a pleasure discussing game mechanics and sharing our games with campers at Digital Nova Scotia's Discovery Camp. They showed such creativity, we think we just got a sneak peek into the future of the gaming industry in Nova Scotia! (photos by Digital Nova Scotia) 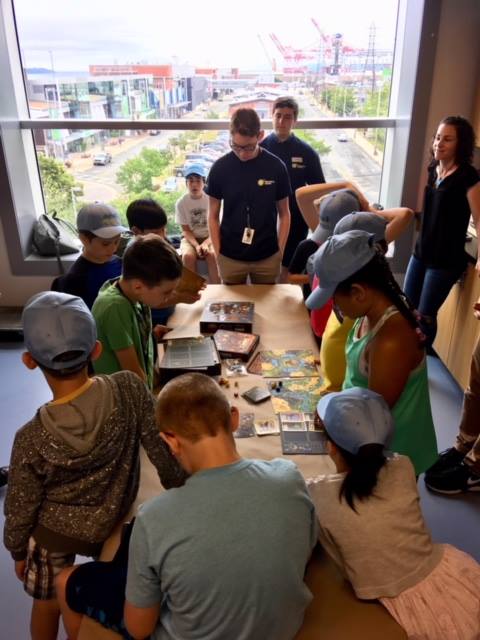 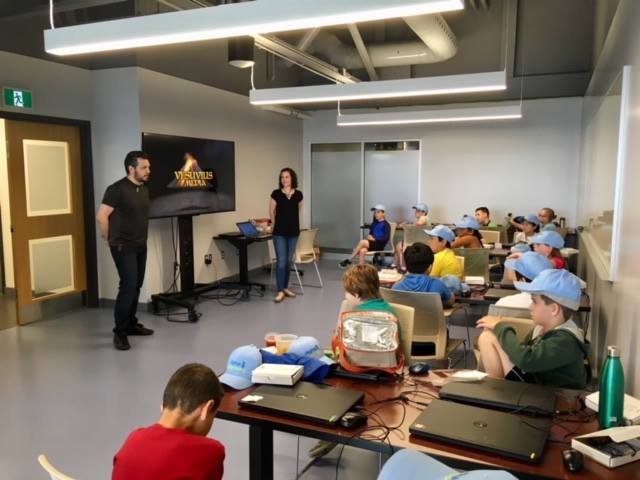 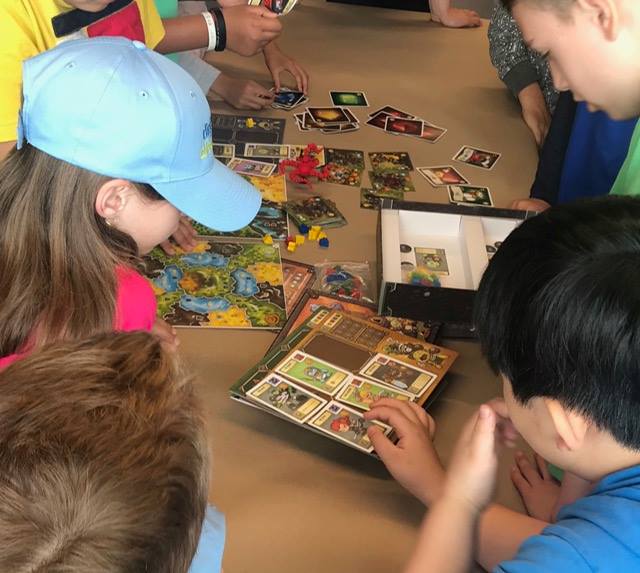 On Friday, October 23, 2015, Vesuvius Media, along with members of Alpha Dog Games and Copernicus Labs, hosted 5 seminars at the Nova Scotia Teacher's Union Provincial Professional Development Day about how to teach computer coding in class.

“It was a great day, with a really good turnout and lots of enthusiasm,” said Konstantinos Manos, CEO and Lead Game Developer at Vesuvius Media.

Over 120 teachers participated in the seminars that introduced fun ways to teach logical thinking, problem solving, and the basics of computer coding. Using tutorials from Code.org, teachers learned to breakdown the complex skills of computer coding and use dynamic activities to incorporate coding into their lessons.

“Computer coding sounds scary to many people,” said Manos, “but it's in almost everything we do. It's how we communicate, learn, and play. Now, we want to take it to the next level by teaching how computers work and the strategy behind it all.”

Moving beyond how to use computers to how computers work has become a priority in Nova Scotian schools. Recently, the provincial government announced it is working on a strategy to incorporate computer coding into next year's curriculum.

This year, the Nova Scotia Game Developer Association (NSGDA) has also make teaching code a priority. Its members, including Vesuvius Media, have volunteered to host the Hour of Code during Computer Science Week - December 7 to 13 in classrooms across the province.

“It's very exciting. Last year, we contacted an elementary school on our own and hosted several Hours of Code. We even started an after school Code Club,” said Manos. “Now, with the province and the NSGDA on board, we can really make an impact on the students in Nova Scotia.”

Learning to code doesn’t just mean you can become a game or computer developer, it strengthens problem solving skills and supports key academic subjects such as science, maths and technology. According to Code.org, 67 percent of all coding jobs are outside the technology industry. 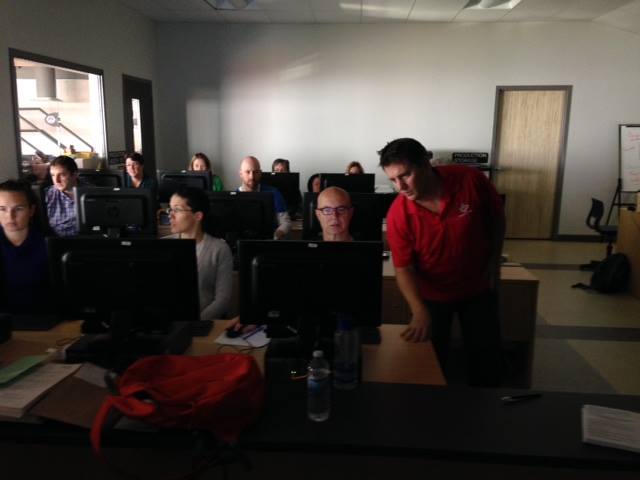 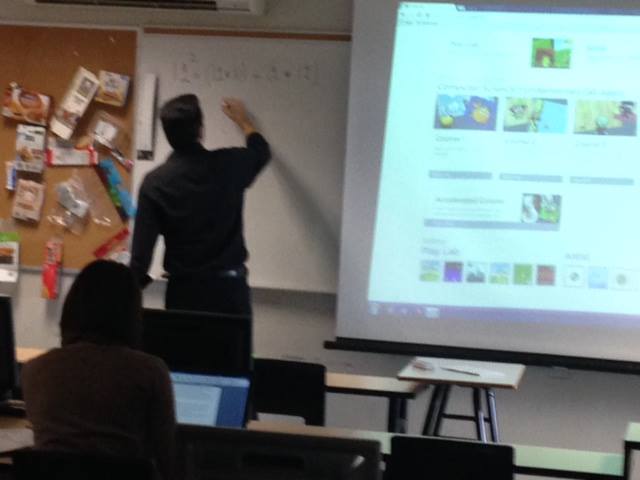 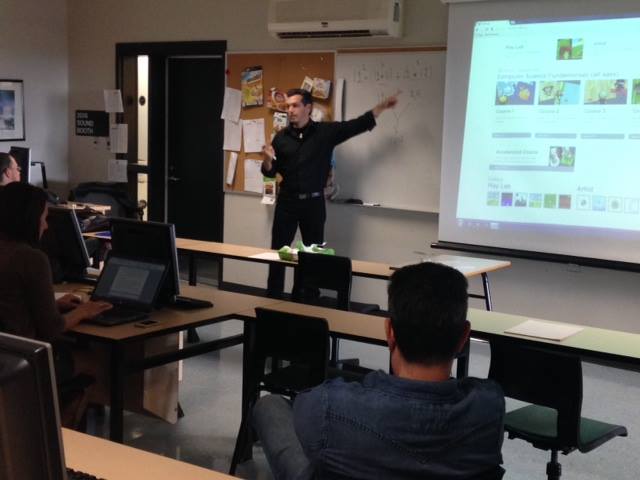 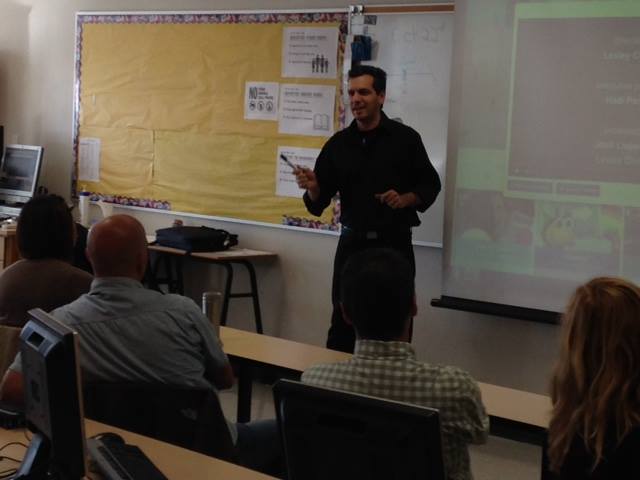 Game design is definitely an art.

Konstantinos Manos, CEO and Lead Game Designer at Vesuvius Media, may not be what we normally think of when we describe an artist, but he will be the first to tell you... game design is an art.

That's why on Tuesday, October 20, Manos, as part of Halifax Board Game Designers, went to the Nova Scotia College of Art and Design (NSCAD) to discuss game mechanics and design to a group of Interdisciplinary Design students.

The students' assignment: create a board game that tackles a social issue.

The morning was filled with discussion, anecdotes, and meeples. The students were given the basic mechanics and structures of game design theory, but the most important message of the session... creativity above all else. Let your imagination fly!

“You can learn lots of theory and the technical terms for structuring your game,” said Manos, “but if you throw all that out the window, you may discover the next big thing. You just never know!”

It was a fun morning with a challenging task. We look forward to seeing what the students come up with!

Good luck with your creations! 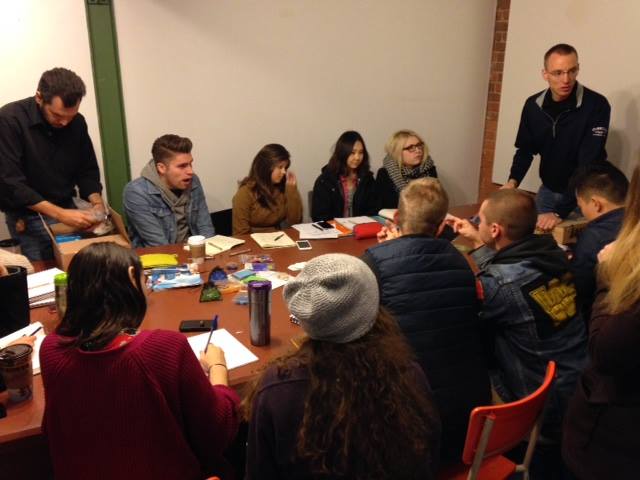 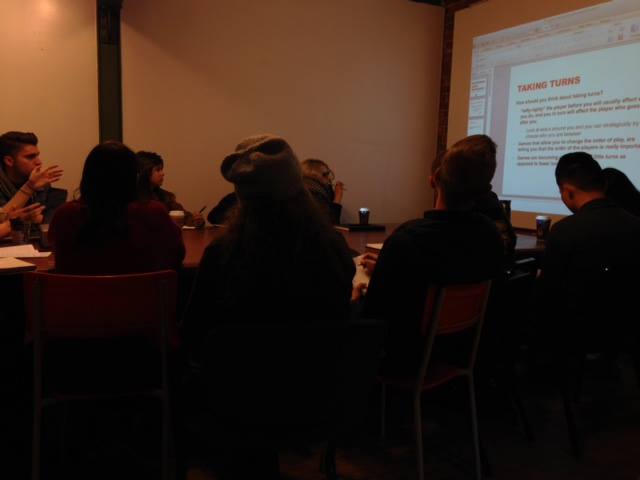 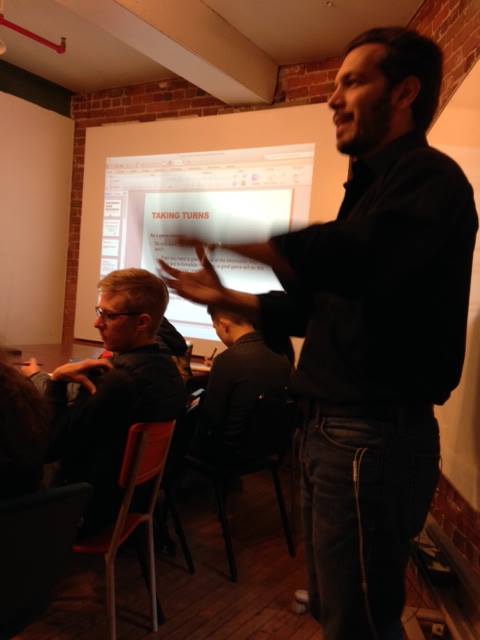 Living in a digital age, it’s not enough for children to know how to use technology. They should know how it works too. That is why we are excited to announce Club Code at Rockingham School.

Club Code is a FREE after school activity, where 23 students (Grades 4 to 6) learn logical thinking and the basics of computer programming from Konstantinos Manos, Lead Game Designer and C.E.O. of Vesuvius Media. Drawing from the world renowned Code Club World and CODE tutorials, and in partnership with the Nova Scotia Game Developers Association, students learn to code while creating interactive games, stories, and art.

Learning to code doesn’t just mean you can become a game or computer developer, it strengthens problem solving skills and supports key academic subjects such as science, maths and technology. 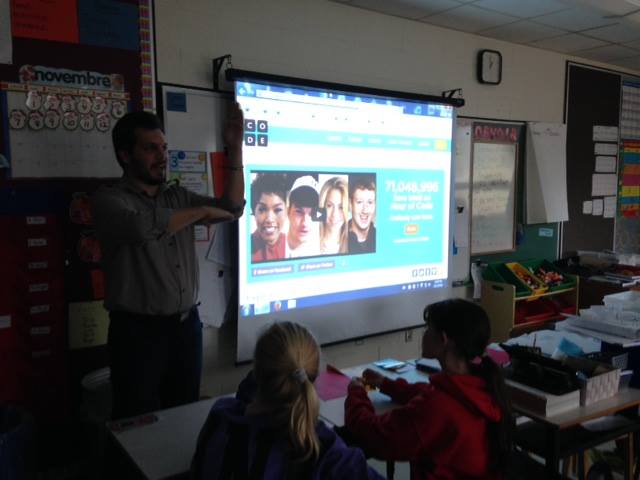 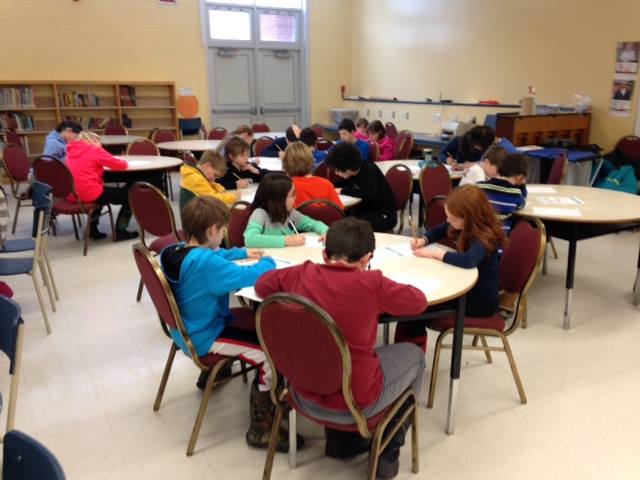 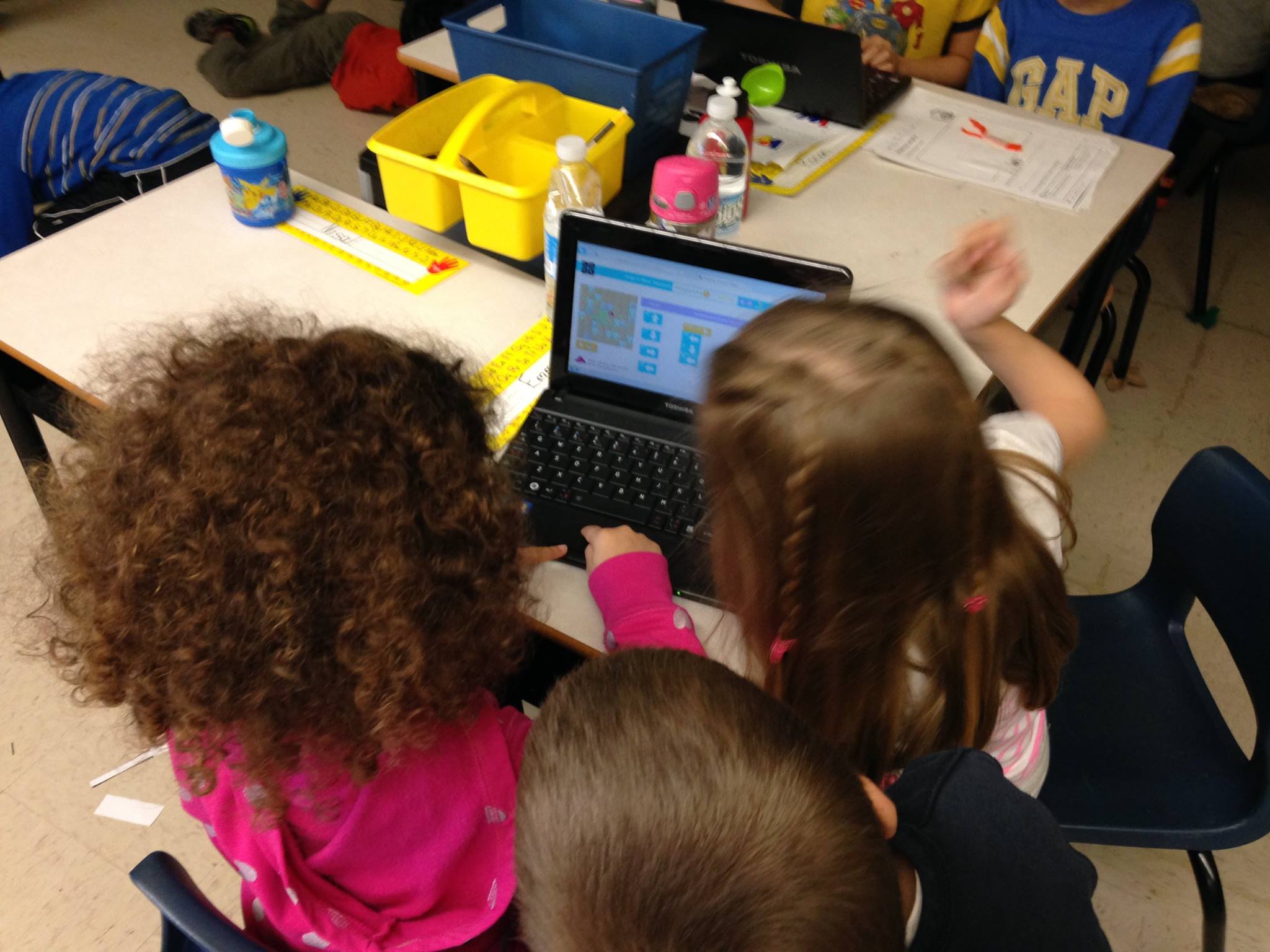 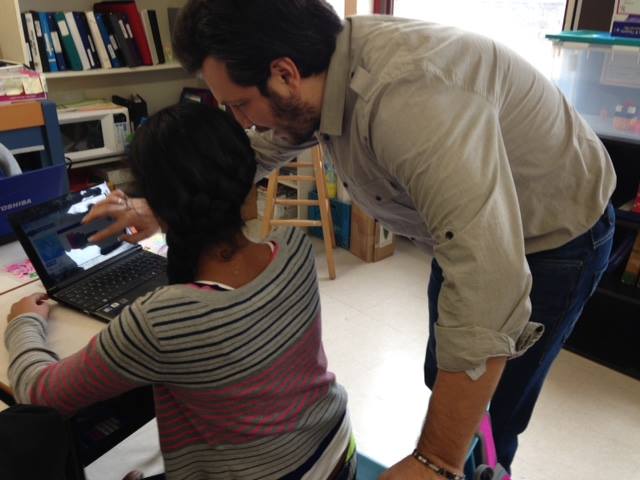