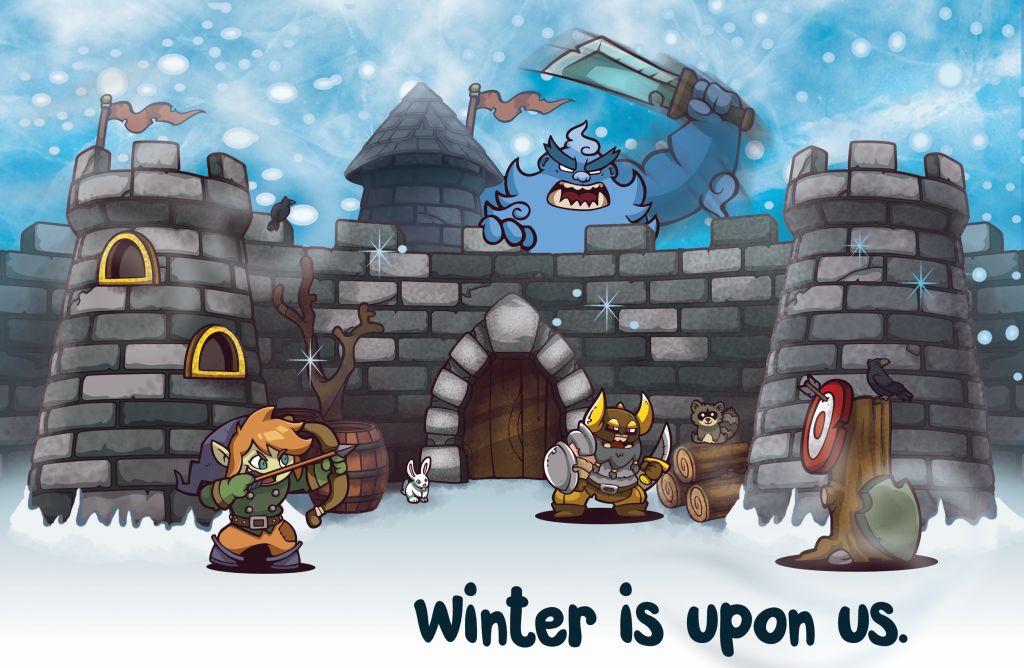 Halifax, Canada – Dwar7s Winter, the second board game in the popular Dwar7s series by Game Designer and Illustrator Luis Brueh, is coming to Kickstarter this December (date to be confirmed).

“You built and defended your kingdom in Dwar7s Fall, now that Winter is here you need to battle the harsh elements and chillingly scary monsters,” said Brueh.

Dwar7s Winter is a deck-building game with cooperative elements to the game-play. Each player works to survive, but soon realizes the only way to get through the Winter is to work together. Although, Dwar7s Winter is the sequel to Dwar7s Fall, it is an independent, stand-alone game that includes 36 highly-detailed miniatures.

“We can not wait to get Dwar7s Winter to tables!” said Konstantinos Manos, CEO and Lead Game Designer of the Halifax-based game development company Vesuvius Media. “Dwar7s Fall is our best-selling game so far. It's lighthearted with super cute characters, but those ogres can get vicious... depending on their King! Now, in Winter, we're throwing hungry polar bears, frost giants, and snowstorms into the mix.”

Dwar7s Winter is for 1 to 4 players, ages 13+, and plays in 30 to 45 minutes. The rule book will be available in English, French, German, Spanish, and Portuguese. Players eager to get a sneak peek, will be able to test the game online at tabletopia.com within the next few weeks. 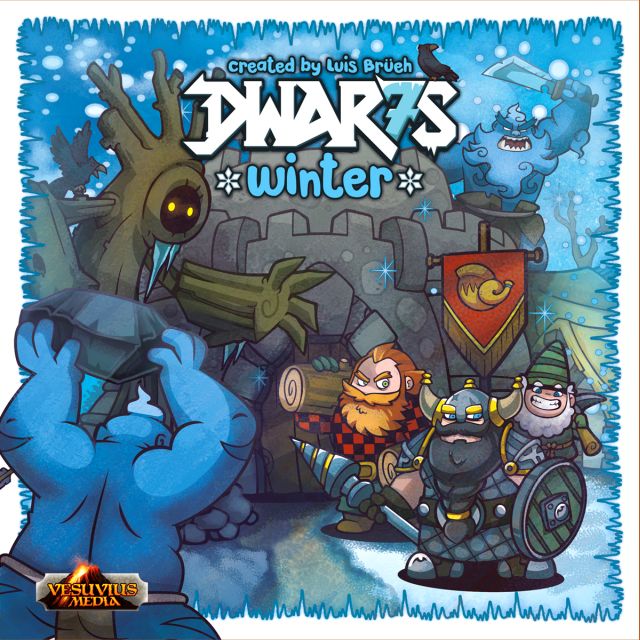 In December 2016, Dwar7s Fall surpassed its crowdfunding goal with 1622 backers worldwide pledging $82,479 USD during a 3-week Kickstarter campaign. A third print run in now in production as the game sold out at UK Games Expo, GenCon, Spiel, Hal-Con, and AthensCon; and has been picked up by distributors in Spain, Brazil, France, Russia, Greece, and China. A limited number of Dwar7s Fall are available in the Vesuvius Media Web Shop.

The third and forth games in the series, Dwar7s Spring and Dwar7s Summer, are in-development.